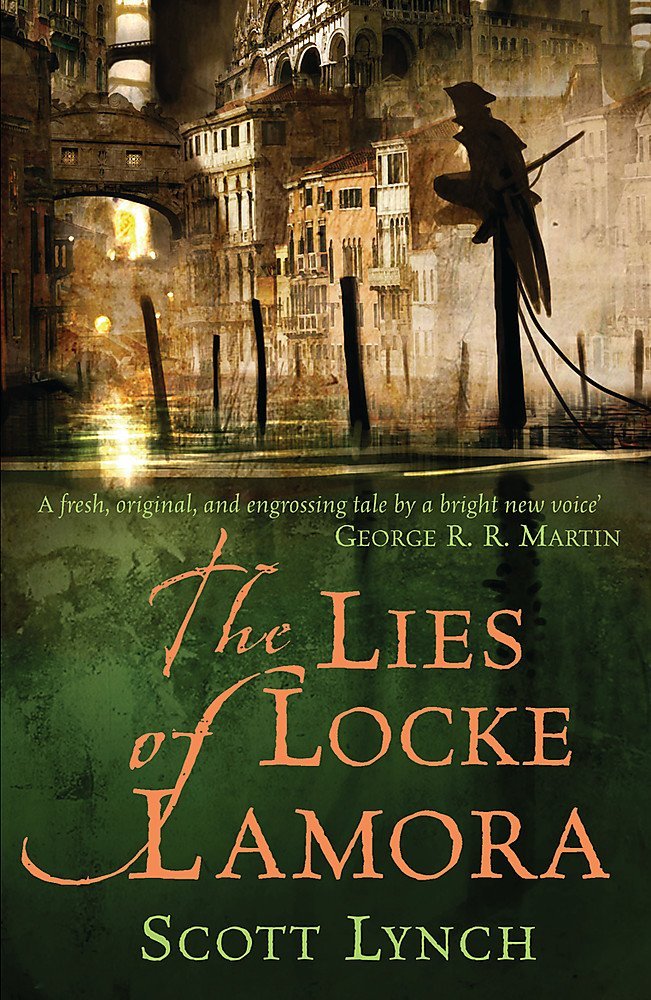 An orphan’s life is harsh—and often short—in the mysterious island city of Camorr. But young Locke Lamora dodges death and slavery, becoming a thief under the tutelage of a gifted con artist. As leader of the band of light-fingered brothers known as the Gentleman Bastards, Locke is soon infamous, fooling even the underworld’s most feared ruler. But in the shadows lurks someone still more ambitious and deadly. Faced with a bloody coup that threatens to destroy everyone and everything that holds meaning in his mercenary life, Locke vows to beat the enemy at his own brutal game—or die trying.

The Lies of Locke Lamora always pops up on lists for heists and fans of Six of Crows, so I knew I had to get my hands on it. I have to say: this book, despite the violence and morally grey characters, is just so much fun. I’ve read quite a few novels with gangs and heists and criminal activities, mostly YA, and to my surprise, this book felt like it was on the lighter end of the spectrum. Most of that was due to the camaraderie between the Gentleman Bastards and Locke himself.