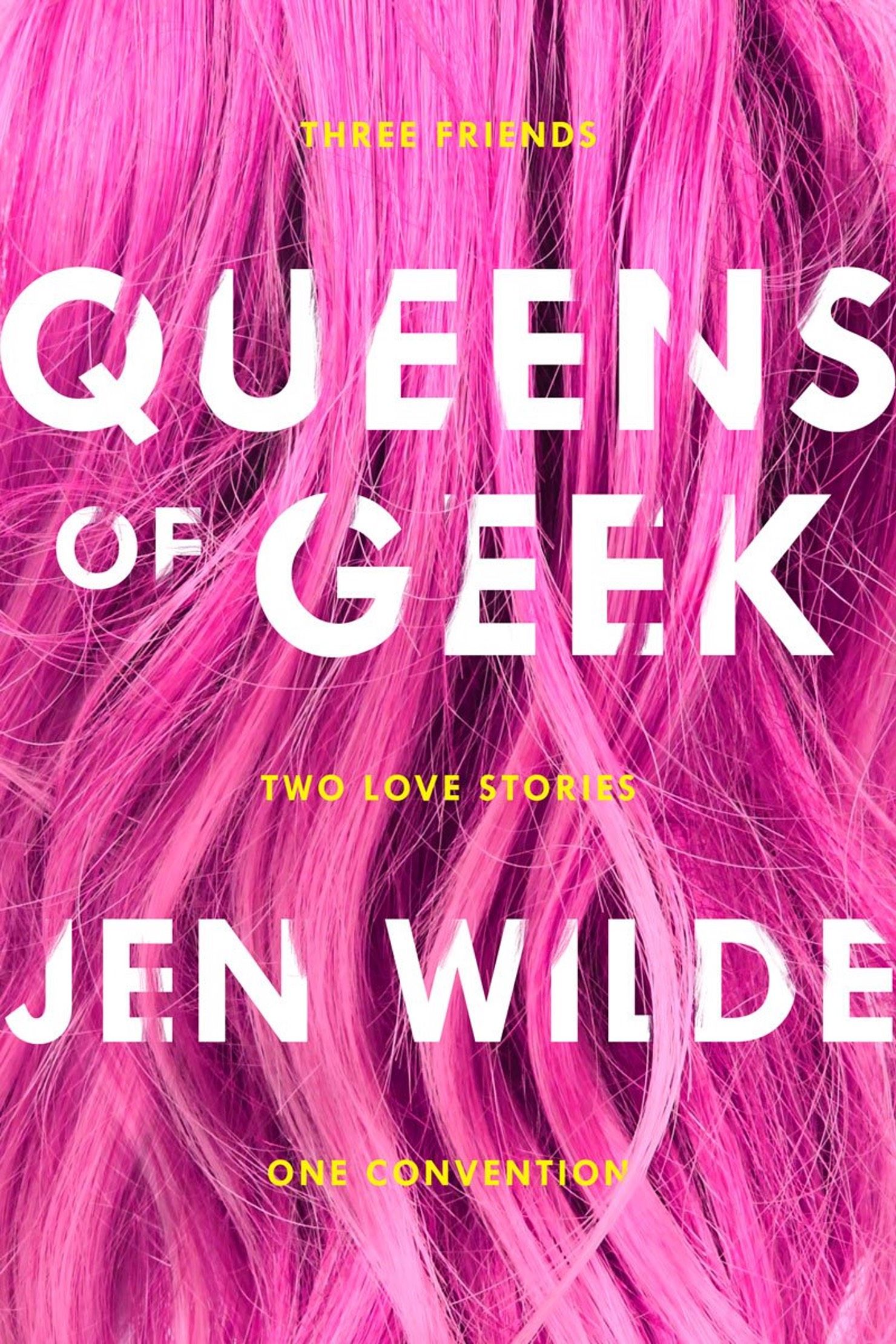 Charlie likes to stand out. She’s a vlogger and actress promoting her first movie at SupaCon, and this is her chance to show fans she’s over her public breakup with co-star Reese Ryan. When internet-famous cool-girl actress Alyssa Huntington arrives as a surprise guest, it seems Charlie’s long-time crush on her isn’t as one-sided as she thought.

Taylor likes to blend in. Her brain is wired differently, making her fear change. And there’s one thing in her life she knows will never change: her friendship with her best guy friend Jamie—no matter how much she may secretly want it to. But when she hears about a fan contest for her favorite fandom, she starts to rethink her rules on playing it safe.

Queens of Geek by Jen Wilde, chosen by readers like you for Macmillan’s young adult imprint Swoon Reads, is an empowering novel for anyone who has ever felt that fandom is family.

I thought I had grown out of fandom books, but Queens of Geek proved me wrong, and I was surprised by how much I enjoyed it. It was cute, light, and fluffy–basically, everything I needed after reading high-stakes fantasy for the past three months. It tackled a lot of serious issues really well without making the book heavy, which is pretty difficult to do, and I really appreciate all the #ownvoices rep in Queens of Geek.